Skip to content
Table Of Contents for: Ready to meet God?

Only half of ‘Christians’ are ready to meet God

50% of the church is NOT ready to meet God according to Jesus’ parable of the ten virgins!

(This article based on Matthew 25:1-13 which is included at the foot of the page)

At that time the kingdom of heaven will be like ten virgins who took their lamps and went out to meet the bridegroom.
Five of them were foolish and five were wise…”

Jesus said “At that time” which means with it’s context, the end of the world.
What is the Kingdom of heaven?
It is the church worldwide, millions of people.
But Jesus brings this number down in the parable to a nice round ten.
We can cope with that. All ten thought they wanted to meet God.
So we are not talking about those who are anti-Christian, or those outside of the church.

Believers are engaged to Christ.
But the solemnising of the marriage is reserved for when Jesus Christ returns to take His bride, the church, back to HIS house, heaven, amidst great celebrations.

As Christians, we wait for Jesus Christ.
We long for His appearing as our Bridegroom and our chief aim is to be found with a light in our hand, according to the parable.

Where do we stand?

So I believe Jesus told the parable in this way to really make us consider OUR position.

It′s easy in this situation to start thinking of other people, whether they are the foolish ones or not.
So we ought to pray for them and thank God that He brings many to glory.

But when we look at ourselves, we should be reminded that Jesus said that the gate is small and the road narrow that leads to life, and only a few find it!
Jesus is warning us, that out of ten people who believe that they are ready to meet God, half of them are not ready!
And let′s not deceive ourselves – the foolish ones didn’t get to heaven.
It is that important.

So what made the foolish virgins so foolish?

Their lamps could only burn for the present time.
It was all a show!
Perhaps they didn’t realise that it was a show.
The strength that they rely upon, comes from their own selves.
A light that burns from their own energies.

What was special with the wise virgin’s oil?

The wise virgins had a supply of oil that didn’t come from themselves.

In Zechariah there is a picture of a golden lampstand being continually supplied with oil.
And the Lord′s interpretation of these things to Zerubbabel, the man of God at that time, was:

(It′s) not by might nor by power, but by My Spirit’ says the Lord Almighty.”

Then the Lord told Zerubbabel that the obstacle, that mighty mountain, before him would become level ground, and that he would complete the work on the temple with shouts of ‘Grace, grace to it’.

We might question what relevance there is for us in that picture.
But it holds an important key to understanding the parable of the ten virgins.
The five wise virgins had a supply of oil. This oil is God′s free flowing grace. The Spirit of grace.

Grace is God′s power, mercy and love flowing into the believer.
Grace is something given that we don′t deserve.
At the beginning of John′s gospel we are told that Jesus came from God the Father, full of grace and truth, and from His grace we have received one blessing after another. (John 1:14-16)

God gave Zerubbabel a task to do.
But he needed to look to God for the power to accomplish the task.
The problems that he would face would be overcome by leaning upon the Lord.

ALL of them fell asleep!

And yet they all became drowsy and fell asleep.
Those that waited for Him, grew careless.

It started with becoming drowsy.
If we are driving on a motorway and we become sleepy, we need to do something about it!
If we don′t we will probably smash into something.

We as Christians need to stop ourselves from becoming spiritually lazy.
We need to slap ourselves to stop us having a spiritual snooze.
It is good to be self disciplined.

Suddenly the Bridegroom came!
The wise virgins trimmed their lamps: They continued to rely upon the free flowing grace of God.

But the foolish churchgoers had been relying upon their understanding of God, their abilities, their strengths.

They had a vain confidence in their readiness for another world.

When the Holy God drew near, the flame of their hope was suddenly extinguished.
The lamp of their testimony proved to be a fake.
And they cried out for oil when it was too late.

Through this parable, Jesus gives us a strong warning to be ready and to keep watching.
Are we prepared to meet the Lord?

The Parable of the ten virgins:

At that time the kingdom of heaven will be like ten virgins who took their lamps and went out to meet the bridegroom.
Five of them were foolish and five were wise.
The foolish ones took their lamps but did not take any oil with them.
The wise, however, took oil in jars along with their lamps.
The bridegroom was a long time in coming, and they all became drowsy and fell asleep.
At midnight the cry rang out:
‘Here′s the bridegroom! Come out to meet him!’
Then all the virgins woke up and trimmed their lamps.
The foolish ones said to the wise:
‘Give us some of your oil; our lamps are going out.’
‘No,’ they replied, ‘there may not be enough for both us and you. Instead, go to those who sell oil and buy some for yourselves.’
But while they were on their way to buy the oil, the bridegroom arrived.
The virgins who were ready went in with him to the wedding banquet.
And the door was shut.
Later the others also came:
‘Sir! Sir!’ they said. ‘Open the door for us!’
But he replied, ‘I tell you the truth, I don′t know you.’
Therefore keep watch, because you do not know the day or the hour.”

See first article in this series:[1] End of the world – A sobering thought 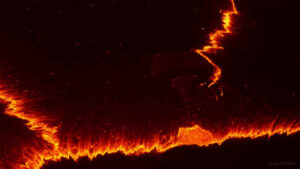 From the Bible we can fit together various pieces to form part of a picture of the end of the world. Before we dive into this …
Read More 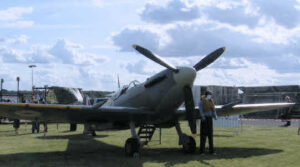 How did the British people feel in 1939, when the Nazis started their onslaught? They had every right to say: “my life’s falling apart!” At …
Read More