Not in my diary, but the following event regularly ‘pops up on my internal screen’:

The fuel gauge creeps down as the miles wind up.
A respectful Jeeves-like cough from the engine suggests more petrol (and less sand) would improve carburation.
Indeed, the manual for early Land Rovers recommended a daily oil change under the dustiest conditions.
Forgetting the colourful oil company jingles and slogans, I pull in to the very next ‘Duka’. (Duka is Kiswahili for ‘shop’ – the sell everything store – invariably owned by an Indian family, the keystone of East African rural life.)

Eight hand-pumped gallons filled the 10 gallon tank beneath the driver’s (my) seat, so we were just 2 gallons ‘off the bottom’.
As always, ‘Jeeves’ got it right – first time.
I paid up, completed the paperwork – as per Departmental Rules – and then the beaming proprietor began counting cool objects into my sweaty outstretched palms.
No – NOT CHANGE!
Seven clicks as each kissed its neighbour, eight little spheres of gleaming glass with whorls of white on blue, green, red or amber, two of each hue.
One per gallon MARBLES!
This latest addition to my collection of oil company promotional gifts joined the jumble of survival kit in my bush jacket pockets, which equalled any female handbag for variety and bulk.

Attention drifted from the road ahead decades back to that journey homeward bound from school, as mate and marbles clicked away the miles towards tea time.
‘Blood Alley’ (reds) trumped the other colours!
The problem arose whenever hand entered pocket – what to do with them?
“Lost yer marbles ? – Try Joe, he’s found some.”
No cups displayed above the club bar for this sport.
Try to forget it, but their click persisted- for the next three days.

At last. The bungalow is in sight, and a long hot soak, then a long cool beer, or two, at the club.
My servant’s two children are playing in the sand.
Toys? No chance, not even shoes.
I fumble for the keys, and, once again, ‘clickety—click’!
“EUREKA”!

I rolled four marbles towards each infant.
The look of wonder on their tiny faces was followed by fathers quiet “Thanks Boss”.
The day’s tension unwound as I came down to my level and they rose up to theirs!
The bath and beer became an anti climax, but that scene is embedded within me to this day.
At the bar, I never told my friendly oil company rep how much joy was created by eight gallon’s worth of baubles.

Back to the Bible- it’s all there:

He has scattered the proud in the imagination of their hearts.
He has put down the mighty from their seats, and exalted those of low degree.
He has filled the hungry with good things, and the rich he has sent away empty.”

[i] Photo Credit opens in a new window: Jeffry on Flickr  cc 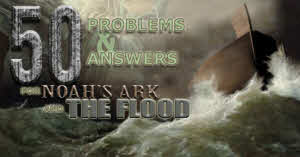 I have just seen this post: ‘Defending the Flood’ by…
Read More