Continuing my real life story 1940, during the Spring of that year, because of the air battles over the Channel and the threat of invasion by the Germans, as France had fallen to the enemy quite quickly, it was thought expedient to send me back to my grandparents in Bucks.

Therefore, I missed all the excitement of the fishing boats and other small craft, which left Rye Harbour to pick up many stranded troops at Dunkirk on June 4th.

The London Blitz started on 7th September 1940, and we used to go down into the Anderson shelter constructed in my Grandfather’s garden.
We used to take with us a cotton bag, which contained torch, matches, first-aid kit and a bit of food.
There used to be ‘dog fights’ between our fighters and the Germans overhead, but very high up, so that it did not really seem real.
The worst night of the Blitz was on 29th December. Whether it was then, or another night, I remember standing on the lawn, looking in the direction of London, and the whole sky was painted red.
We heard later, that it was the bombing of the London Docks. We were only about 28 miles from there.

The photo shows Mary, Brenda, me, John and Donald Mills – cousins on the Whitehead side of the family.

I had started at the Primary School in Chalfont St. Peter in September 1940.
I hated it there, and I don’t remember making any particular friends.
My Mother was living with us now, but my Father only came down for the occasional week-end.
He was always very exhausted from lack of sleep, as he was on duty as a First-Aider with the Red Cross, at one of their many casualty points in the City of London. (He had always wanted to be a Doctor!)
He used to attend Sunday morning services, but he had difficulty in keeping awake, and once, sitting next to me, he was fumbling for a cigarette, forgetting for the moment where he was!
He had some stories to tell of the people who had been injured. One elderly man came in, and when asked to take off his clothes, had hundreds of bank notes strapped round his waist, and another man who had a wound on his leg, when asked to take the other sock off, revealed that he had only washed the one foot, everywhere else was filthy! 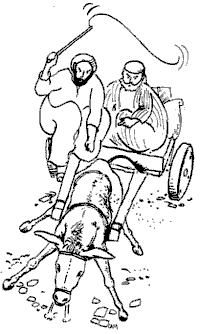 Easter, mid-1960s found me working in Cairo on my Egyptian …
Read More