Continuing my real life story 1941 I went in for the Scholarship exam, but failed it, so I sat for an Entrance exam to attend the High School for girls at High Wycombe, and passed, so I was able to go there, paying a fee of £5.00 per term.
It was here that I first met Beryl Flanders, (who married Don Vick in March 1956).
We were both aged 11 years, and went into the A stream.
She had passed the Scholarship exam, and often helped me with my homework!

On 25th March 1941, Aunt Edna gave birth to my cousin Andrew and I was thrilled, as had never had much to do with babies.
After Beryl and I both joined the Girl Guides, and started to obtain various badges, one involved bathing and feeding a baby, so guess who we practised on!!

On September 1st 1941, my Aunt Rene gave birth to my cousin, John, but as they lived down in Rye, I did not see him as often.

To get to the High School, I had to catch a bus into Gerrards Cross (about 2 miles), Beryl walked as the house where she lived with her parents was nearer to Gerrards Cross.
Before the war they had lived in Surrey, but when her Father’s firm was moved to Beaconsfield, they all went as well, including a younger sister, Barbara.
I walked from the bus stop in the town centre down to the Railway Station, and there met up with Beryl.
Another friend, whose father was manager of W.H. Smith joined us, together with twins, whose surname was Windsor, and Margaret Chalk, who lived at Gerrards Cross and whose Father used to play on a grand piano in their lounge.
Once, we had an invitation to Margaret’s Birthday party, and along with sandwiches and cakes, we ate orange jelly, which was set in an actual orange skin, which I had never seen before.
After tea, we played ‘Murder’ all over their large house, which I found rather scary!

We always celebrated Empire Day at school on the 24th May, and I particularly remember two of these occasions, the first when we had a visit by a Red Indian Chief in his native costume, and secondly by Vera Brittain, who was a writer, and was the mother of Shirley Williams, an M.P. and one of the original ‘Gang of Four’, who broke away from the Labour Party, formed the Social Democrats, and later joined with the Liberals to become the Liberal Democrats.

Editor’s note on the Empire Day:

The idea of a day that would “remind children that they formed part of the British Empire, and that they might think with others in lands across the sea, what it meant to be sons and daughters of such a glorious Empire”; and which apprised them that “The strength of the Empire depended upon them, and they must never forget it” was conceived earlier, in 1897. 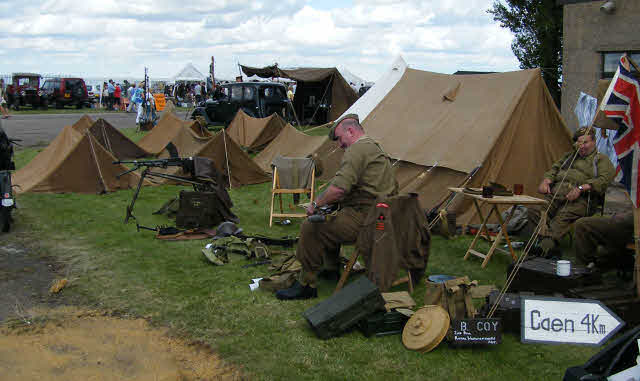 Pontius Pilate, the fifth Prefect of the Roman province of Judea from …
Read More