From the age of 11 years to 15 years I was a Girl Guide, and eventually became a Patrol Leader, as did Beryl (my friend). We went to Summer Camp each year, and I enjoyed this, apart from having to dig and use the latrines, which were only holes in the ground!

Although my Grandfather was retired, he still had contact with other Non-conformist Ministers in the area, and they used to have meetings at my Grandparent’s house where they were given sandwiches, cakes and drink tea.
When I got back from school, I used to find their coats for them, as they left to go home.
I also remember a drawer in Grandfather’s bureau, where he kept long brown envelopes, each one containing a sermon. I wonder what happened to them, as I would love to have them.

During my real life story 1943 and 1944 American Forces were stationed nearby, and we often used to get several of them attend Sunday services.
Occasionally, my Grandparents invited them home to Sunday lunch.
They were charming men and often very homesick for their loved ones back in the States.
I remember that I particularly noticed the superior quality of their uniforms, compared to our troops.

The train journey to school was long enough in which to finish off a bit of homework, as the train stopped at two stations Seer Green and Beaconsfield, before arriving at High Wycombe. From there we had quite a walk up a hill to reach our school.

The boys’ Grammar School, to which Andrew went later on, was higher up this same hill, and the two playing fields were next to each other. This was a disaster, as the boys were able to see us playing hockey in our navy-blue knickers, obviously causing great amusement to them, and red faces for us!We were not allowed to travel in the same railway carriage; these were small, only meant for six people, with the boys (bugs we called them)! This made me sad, because I fell in love with one who used to wear Army Cadet Uniform occasionally, and he was also a Rover (a senior Boy Scout). His name was Alan Grainger, and his parents, and sometimes him, used to come to Gold Hill Baptist church on a Sunday

I was brought up to go to church from an early age, and up until the outbreak of the war, used to travel to South Woodford Baptist church, and to Sunday School at a Congregational church at Woodford Green. This church had a beautiful tall spire which sadly was destroyed by a bomb in the early part of the war. 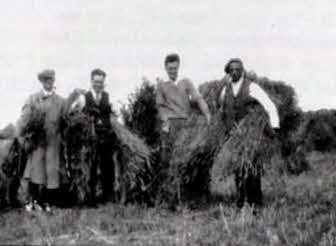 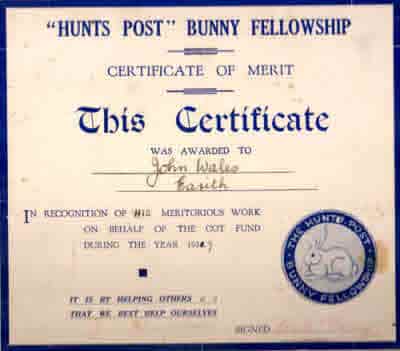