In my real life story 1949, my second boy friend, Keith Seeney, was younger, and was in the Boys’ Brigade at Avenue Road Baptist Church where, I was a member.
We used to see each other, as Friday night was the choir practice night, and the Boys’ Brigade used to meet on that evening as well.

The first time he asked me to go with him to a birthday celebration at one of his friend’s house.
When we arrived, we realised that the parents were not there, and there was a group of boys and girls drinking and kissing.
We stayed for a little while, but then Keith suggested that we left and had a walk by the sea.

We used to go to Southend on my days off, and one Good Friday morning, I was in a church service at the Presbyterian Church, and I realised that he had slipped into the back row during the first hymn.
Soon after this, he was doing his exams prior to going to University, and so we decided, as he was to be away for three years, to split up amicably, and see what would happen in the future. I wonder what became of him?

The third boy friend was older, in his mid-twenties, named Stanley Hamilton, and he worked as an architect in Southend District Council Offices.
He was introduced to me by a fellow member of the church choir who worked with him. I forget his name, but he was married, and also owned a motor car. He was always teasing me about Stanley, who had then started to attend church services as well!
He also kept coming into the Library while I was working, and I used to be filling the shelves up with returned books, and he used to pop his head round the corner of the bookcases!
Eventually, this wore me down so I agreed to go out with him.
He took me into the Drawing Office where he worked, and we used to go to the cinema and concerts.

At around this time, my Father wanted to move to the countryside and get a larger garden.

We sold the house in Leigh-on-Sea, but had not found anywhere to buy in rural Essex, so we stayed as paying guests in a fisherman’s house in Old Leigh.
The landlord used to cook us an evening meal, and he used to come into the dining room wearing Wellington boots and an old navy-blue fisherman’s jumper, so he was quite a character.

After we had a date for moving to “Marchants”, Gambles Green, Terling, Essex, I wanted to break off the friendship with Stanley, but he and his friend came over one summer in the late afternoon, and we drove back down to Southend to see the illuminations, which were always spectacular.
I am sure that the Lord had His hand on my life as, of course, it was at Terling that I met and later married Roy Reason, the love of my life, and this is how it came about… 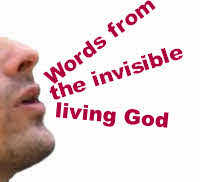 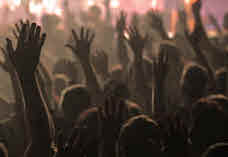 The prophet Jesus is greater than Moses Part 2