Skip to content
Table Of Contents for: God’s purposes for my life

In looking at the subject of ‘God’s purposes for my life’ it is really good to remember that:

Throughout history the Lord has always desired to have someone, or a group of people, or a nation, to be His people or spokesperson, and now latterly the Church.

So very early on, He chose individuals, like Noah and Abraham, etc.
Then later He gave His Laws to Israel and He sent them prophets.

But what about the rest of mankind?

Are they excluded from God’s Kingdom, just because they weren’t born in Israel?
No, of course not.
The Lord has given everyone a conscience to steer people to Him, and creation itself speaks about the great Creator God.

The Apostle Paul teaches about this:

… since what may be known about God is plain to them, because God has made it plain to them.
For since the creation of the world God’s invisible qualities – his eternal power and divine nature – have been clearly seen, being understood from what has been made, so that men are without excuse.
For although they knew God, they neither glorified him as God nor gave thanks to him,”

God has made it certain, that everyone knows enough about Him, so that they are ‘without excuse’.
That applies to a head hunting tribe in the jungle, and it also applies to everyone in this country nowadays.

When we look at the book of Jonah in the Bible, we find something quite unusual:

The Lord tells Jonah, a prophet, to go 300 miles from Israel to a Gentile city.
But not only that, it belongs to a cruel world power.

Imagine if Nazi Germany hadn’t been stopped from conquering more and more nations, Jonah’s job was comparable to going to Berlin, and preaching: “Repent, for in 40 days Berlin will be destroyed!”

For Jonah that was just too much.
So he responded to God’s Word – and took a boat in the opposite direction!
God, who is Lord over all things, stirred up a huge storm to thwart Jonah’s disobedience.
Now it must have been a whopper of a storm, because the sailors knew that this was extraordinary, and they were terrified.

So they started to ask around: “Have you offended one of your gods?”
“No, how about you?”
“This is a wild storm! There can only be one explanation… Jonah! How dare you sleep below deck, seek your god!”
So the sailors cast lots to find out who had offended a god, and the lot fell to Jonah!
So they bombarded him with questions and Jonah answered:

I am a Hebrew and I worship the Lord, the God of heaven, who made the sea and the land.”

And I love this:

This terrified them and they asked, ‘What have you done?’ (They knew he was running away from the Lord, because he had already told them so.)”

The sailors asked what they needed to do so that the storm would end.
Jonah’s answer was straight forward, but difficult to carry out!

Pick me up and throw me into the sea,’ he replied, ‘and it will become calm. I know that it is my fault that this great storm has come upon you.’ “

At first the sailors tried other things, but the storm got even worse so they cried to the Lord,

O LORD, please do not let us die for taking this man’s life. Do not hold us accountable for killing an innocent man, for you, O Lord, have done as you pleased.’
Then they took Jonah and threw him overboard, and the raging sea grew calm.
At this the men greatly feared the Lord, and they offered a sacrifice to the Lord and made vows to him.”

Notice that these sailors turn to the Lord.
Even when we’ve totally messed up, the Lord is able to use these terrible circumstances for His purposes.

King David committed adultery with Bathsheba, and then he got her husband murdered, and the child born from this act died.
But the next baby to be born was Solomon! The great King Solomon.

He never ignores sin, it has to be repented of.
But where that has happened, the resulting situation can be part of God’s purposes!
It’s a mystery!

Jonah sank down into the sea and a big fish swallowed him.

It looks as if it took 3 days for Jonah to pull himself out of a massive sulk.
There he sat in the belly of this fish and finally he prayed.
He acknowledged that God had placed him in this awful situation:

You hurled me into the deep, into the very heart of the seas, and the currents swirled about me; all your waves and breakers swept over me.”

Faith started to rise in his heart:

I have been banished from your sight; yet I will look again toward your holy temple.”

Then he finished his prayer with:

Salvation comes from the Lord.”

At that the Lord caused the fish to vomit Jonah out.
Can you imagine Jonah sitting on the beach, pulling all the seaweed off?
Then the word of the Lord came to Jonah again!

Go to the great city of Nineveh and proclaim to it the message I give you.”

Jonah had come round in a full circle.
The Lord’s discipline had been upon Jonah, and he is brought round to the same test of obedience.

Let’s make God’s Word supreme in our lives.
If we don’t the Lord may have some surprising things in store, to get us to obey His Word!!

[i] image by freeimageslive.co.uk – photoeverywhere 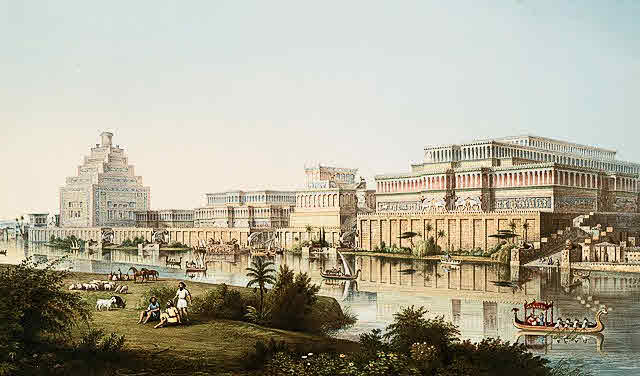 A warning from God

In God’s eyes Nineveh, the Assyrian city, was a bad city and yet He reached out to them in mercy. It was a warning from …
Read More 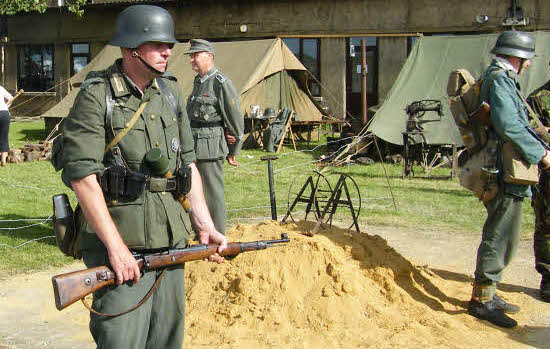 [1] Our conscience and authority – rotten ones!

Our conscience and authority, how do we deal with bad or evil authorities? I love this story where king Saul was tracking David to kill him …
Read More