Share this article:
Table Of Contents for: Gospels written too long after Jesus?

Some say that the gospel writers were not eyewitnesses to Jesus

Were the Gospels written too long after Jesus and therefore everyone had died who had been eyewitnesses to Jesus Christ?

There have been several people who have said that the time between Jesus′ death and resurrection and when the New Testament was written was just too long – it allowed exaggerations and false claims to come in.

Donald Campbell’s story is a contemporary illustration based on the same time scale between actual events and what people could remember:

From 1955 he repeatedly broke new World Water-Speed records, first on Ullswater reaching a speed of 202 mph, until 1964 at Lake Dumbleyung, where he reached 276mph.

Then in 1967 he died when he went over 300 mph on Coniston water as his boat K7 ‘Bluebird’ bounced into the air and crashed.

Could Donald Campbell breaking these speed limits have been just a myth?

So at the time of writing this article, it has been 37 years since his death.

So if some people had tried to add some fantastical, magical things to Donald Campbells’ life then the real eyewitnesses would have spoken out and people wouldn’t have believed the myths added to his life.

When was Jesus born? By calculating temple’s age, Herod…

37 years on from Jesus′ death

So if we now look at 37 years on from Jesus′ death and resurrection, what had been written? (The same amount of time from Donald Campbell to writing this article).

Just a few years previously there had been six letters written and distributed to the many different churches:
Philemon, Philippians, Ephesians, Colossians, 2 Peter, and Jude.
Also one Gospel had been written, (Mark), and a history of the church so far, (Acts).

This does not include the other letters which we don′t have any clues to when they were written, eg letters to Timothy, etc, which were probably written at this time.

Also at least seven years earlier, eight letters had been written:
James, 1 and 2 Thessalonians, 1 and 2 Corinthians, 1 Peter, Galations, and Romans.

All of these had been written while people were still alive who had seen Jesus′ miracles, and had heard His teachings.

If these letters, and the Gospel, and the history of the early Church had been based on myths, then this new group, the Christians, would have fizzled out, because the people would have known it was a myth.

But because they were talking about a real person called Jesus, the crowds would have seen Him.
They were eye witnesses to what really happened, even if they didn’t agree with Jesus, they couldn’t have denied what He had done.
Even the religious leaders couldn’t deny Jesus′ miracles, they tried to explain it as being the work of Satan.

So the conclusion is that these things were written soon enough to be reliable evidence, because many people were still alive who had seen the real Jesus.

See the article: [3] How reliable are sources in history?
Or: When were the Gospels written? 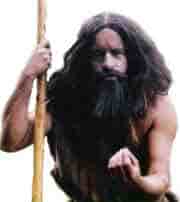 Jews and Jesus, what does the Jewish community think of …
Read More
Jesus’ childhood and birth. God’s new work before miracles…
Share this article: