JOE’S JOURNAL.   From my Tanganyika Diary April 1961 On a Wing and a Prayer:

The far shore of the lake’s a pale border to the forested hills beyond, and our destination is in sight.
The engine’s song keys down, her nose dips, and the little township rises centre stage.
A touch to starboard and there’s the runway ahead.
Our Big Chief in the two seats behind expects a V.I.P. welcome; it’s his flight.
Up front, I scan the instrument panel as the pilot begins his landing checks.
“UNDERCARRIAGE DOWN AND LOCKED”
Two green lights should confirm this – but they don’t!
Try again – same again – Nil.
It could be just faulty lamps, but we cannot see if the wheels are up or down.
Our pilot climbs away and tries to “shake down the wheels and or lamps!”
Twice, across the lake, a steep dive is followed by a sharp pull up; but still – no green lights.
“Could be a belly landing Joe”
Then counsels me on the appropriate exit drill: – in short, SCRAM! (Before the fuel ignites?)
Radio communication?
That’s out, in fact my mission was to fix it.

(Circa 1943 Lyric by Harold Adamson, Music by Jimmy McHugh)

He begins the circuit again and I sense a rush of brains to the head:
“Yes, it’s worth a try!”
And tore the cover off my hard backed ‘DIARY TANGANYIKA GOVERNMENT OFFICERS’ and scrawled a message on it.

We circuit again, this time slowly and closer.
Lining the runway, our Chief’s guard of honour is headed by my friend, the local police commander.
Card flicking was a skill, perfected in the hostile environment of school classrooms.
Wasteful in those days, it saved this one!

From the cockpit, I spun the object towards the waiting crowd. We banked away, out over the lake once again, to let them digest the meaning:
‘WHEELS DOWN FULL HEADLAMPS’

And then a slow run in over their heads.
Four or five cars blinded us with joy – full headlamps! And hands waving.
Round again and now final touch down:- a feathery three point landing, and we
taxi over to the ‘Reception’ — Phew!

Look below, there’s our field over there,
With our full crew aboard and our trust in the Lord
we’re Coming In On A Wing And A Prayer.”

(Circa 1943 Lyric by Harold Adamson, Music by Jimmy McHugh)

Three years later on leaving Tanganyika, homeward bound through the Red Sea, the majority of passengers, like myself, were retiring from Colonial Service in Africa, preparing for Christmas ‘on board’.
One night, three of us, at the after dinner coffee table commenced re-living past adventure.
The first was a colleague from the same place and time.
The second was the pilot of that flight! 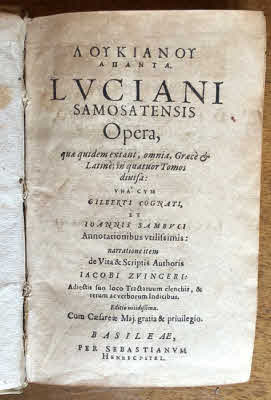