JOE’S JOURNAL From my Tanganyika diaries, 1960.

This day’s drive had been interesting and easy, through the ‘Southern Highlands’ of Tanganyika, at a high altitude during a cooler time of the year.

Even so, the lounge armchair soon had me in dreamland.
A clink of china and a whispered “TEA SAH” returned me to this world, as bare feet padded away across a tiled floor.
The hotel was a relic of DEUTSCH OST AFRIKA, when Tanganyika was Germany’s star colony, and everything was built to last.
This building did – it was probably the Provincial Governor’s house during WWI.

Yawn and stretch; eyes focus out to the garden – just right for a stroll before change and dinner.
Five thousand feet up English roses grow as well as Paw Paw fruits, but t’was the huge wooden pillar, remains of some giant pergola, that caught my attention.
What’s that dark line on it? Old creeper stem?
No, it’s moving!
Too thin for a snake – and snakes are not hairy anyway.

Look closer.
It’s a chain of caterpillars; going where? – Round and round, neither up nor down – (good old Duke of York).
Second time around, I diverted the leader with a twig, downwards first, then upwards.
Wherever I decided, they go.
Next, I split the chain – now there are two ‘crocodiles’ going wherever my twig persuaded them.
Not much future in this so I rejoined the two halves, but with second leader promoted to first.
They just plodded on regardless.

A bird might fancy one of these as a meal, but the troop could be a dangerous enemy – Unity is Strength!
Then my nasty little mind got to work.
The pillar was tapered so I steered them upwards until the length of the procession equalled the
circumference; – yes you have got it!
I joined the Leader to Tail End Charlie, and on they went, a complete circle, circling the pillar. Thirst and the dinner gong reminded me of my destination.
Exit Joe, the ‘Ringmaster’ – no applause, because there was no audience.
Work completed, two days later I was back at that hotel and re-visited the pillar.
I expect you are ahead of me now – yes they were still going, around and around – ‘orbiting’ in aviation speak.

Ten years later in Earith, I read the work of Jean Henri Fabre (1823-1915).
He describes the habits of processionary caterpillars in Southern France [i].
They behaved just like those I found in Tanganyika.

Forty eight years later, I scan the newspaper.
The world seems to be going the way of these creatures – I despair.

If one blind man guides another, they will both fall into the ditch”

I turn to the Bible for assurance:

Jesus said (to Thomas)
‘I am the way, the truth and the life.
No one comes to the Father, except through me’ “

[i] The fascinating World of J. Henry Fabre – The Pine Processionary Caterpillar. 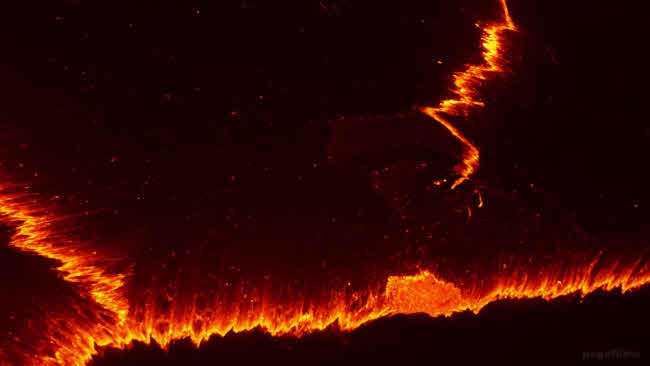 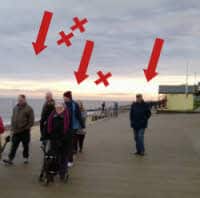 “two men will be in the field; one will be …
Read More
[15] Comfort in solitude: uplift
Share this article: