Skip to content
Table Of Contents for: Scientific laws and building blocks of life

The thrill of how this world is constructed

Here’s a scientist’s view of the world:

The world is a spinning ball and people are held on it on all sides, some of them upside down.
And we turn like a spit in front of a great fire, we whirl around the sun.
That is more romantic, more exciting. And what holds us?
The force of gravitation, which is not only a thing of the earth but is the thing that makes the earth round in the first place, holds the sun together and keeps us running around the sun in our perpetual attempt to stay away.
This gravity holds its sway not only on the stars but between the stars; it holds them in the great galaxies for miles and miles in all directions…
But see that the imagination of nature is far, far greater than the imagination of man.
No one who did not have some inkling of this through observations could ever have imagined such a marvel as nature is…

‘The Meaning of It All: Thoughts of a Citizen Scientist’ by the Nobel Prize -winning physicist Richard Feynman based on three public lectures given by himself in 1963. It was first published in 1998, ten years after Feynman’s death.

When we start to look deeper into cells, molecules, DNA, etc, we see an amazing world – a brilliantly structured system.

Physical laws of the universe

Are there physical scientific laws that have been set up by a non-human Mathematician or Designer?

Scientific laws can be put forward and then later another law seems to contradict it under certain situations.
The following quote seeks to explain this:

Scientific laws summarize the results of experiments or observations, usually within a certain range of application.
In general, the accuracy of a law does not change when a new theory of the relevant phenomenon is worked out, but rather the scope of the law’s application, since the mathematics or statement representing the law does not change.
As with other kinds of scientific knowledge, scientific laws do not express absolute certainty, as mathematical theorems or identities do.
A scientific law may be contradicted, restricted, or extended by future observations…
The nature of scientific laws has been much discussed in philosophy, but in essence scientific laws are simply empirical conclusions reached by scientific method;
they are intended to be neither laden with ontological commitments nor statements of logical absolutes.

I won’t go into the philosophies of scientific laws, for more info on that see below Appendix 1: Philosophy and Scientific laws.

But beyond these multitudes of experiments there does appear to be a foundational, defined system that governs the universe.
We could call them the mathematical laws of that system.

The scientist’s trust in the unchanging mathematical laws

to be a scientist, you had to have faith that the universe is governed by dependable, immutable, absolute, universal, mathematical laws of an unspecified origin.
You’ve got to believe that these laws won’t fail, that we won’t wake up tomorrow to find heat flowing from cold to hot, or the speed of light changing by the hour.
Over the years I have often asked my physicist colleagues why the laws of physics are what they are? …The favourite reply is, ‘There is no reason they are what they are–they just are.'”

Scientists that are atheists seem to acknowledge that there are mathematical laws but they just accept them without asking why.
This attitude has been prevalent for some time now, whereas:

Historians of science are well aware that Newton and his contemporaries believed that in doing science they were uncovering the divine plan for the universe in the form of its underlying mathematical order.”

Paul Charles William Davies is an English physicist, writer and broadcaster, a professor at Arizona State University as well as the Director of BEYOND: Center for Fundamental Concepts in Science. He is affiliated with the Institute for Quantum Studies at Chapman University in California and has held positions at the University of Cambridge.
In a 2007 opinion piece “Taking Science on Faith” in The New York Times, his comments generated controversy over the exploration of the role of faith in scientific inquiry:

‘Davies argued that the faith scientists have in the immutability of physical laws has origins in Christian theology, and that the claim that science is “free of faith” is “manifestly bogus.’
The Edge Foundation presented a criticism of Davies’ article written by Jerry Coyne, Nathan Myhrvold, Lawrence Krauss, Scott Atran, Sean Carroll, Jeremy Bernstein, PZ Myers, Lee Smolin, John Horgan, Alan Sokal and a response by Davies beginning;
‘I was dismayed at how many of my detractors completely misunderstood what I had written.
Indeed, their responses bore the hallmarks of a superficial knee-jerk reaction to the sight of the words “science” and “faith” juxtaposed.’ “

Atheist scientists will continue to see science and faith as two opposing standpoints, whereas scientists that hold a Christian belief can see that science is discovering what God has designed.

In the beginning there was nothing to build with

‘We think life was built from very small building blocks and emerged like a Lego set to make cells and more complex organisms like us,’
said senior author Paul G. Falkowski, ENIGMA principal investigator and a distinguished professor at Rutgers University-New Brunswick who leads the Environmental Biophysics and Molecular Ecology Laboratory.
‘We think we have found the building blocks of life—the Lego set that led, ultimately, to the evolution of cells, animals and plants.’ “

This world has many building blocks depending on what layer you choose: [vii] [viii]

God was there and the Bible expresses it so profoundly and yet so simply:

In the beginning God …”

And what did He do:

God’s method of creating the world was:

Wow! That is the real Creator God!

For the most part, philosophers have thought that if scientists have discovered any exceptionless regularities that are laws, they have done so at the level of fundamental physics.
A few philosophers, however, are doubtful that there are exceptionless regularities at even this basic level.
For example, Cartwright has argued that the descriptive and the explanatory aspects of laws conflict.
‘Rendered as descriptions of fact, they are false; amended to be true, they lose their fundamental explanatory force’ (1980, 75). Consider Newton’s gravitational principle, F = Gmm′/r2. Properly understood, according to Cartwright, it says that for any two bodies the force between them is Gmm′/r2.
But if that is what the law says then the law is not an exceptionless regularity.
This is because the force between two bodies is influenced by other properties than just their mass and the distance between them, by properties like the charge of the two bodies as described by Coulomb’s law.
The statement of the gravitational principle can be amended to make it true, but that, according to Cartwright, at least on certain standard ways of doing so, would strip it of its explanatory power.
For example, if the principle is taken to hold only that F = Gmm′/r2 if there are no forces other than gravitational forces at work, then though it would be true it would not apply except in idealized circumstances…
Consider a situation where an engineering professor utters,
‘When a metal bar is heated, the change in its length is proportional to the change in its temperature’
and suppose a student offers,
‘Not when someone is hammering on both ends of the bar.’
Has the student shown that the teacher’s utterance was false?
Maybe not.
Notice that the student comes off sounding a bit insolent.
In all likelihood, such an unusual situation as someone hammering on both ends of a heated bar would not have been in play when the professor said what he did.
In fact, the reason the student comes off sounding insolent is because it seems that he should have known that his example was irrelevant.
Notice that the professor’s sentence needn’t include some implicit ceteris-paribus clause in order for his utterance to be true;
as this example illustrates, in ordinary conversations, plain old strict generalization sentences are not always used to cover the full range of actual cases.” 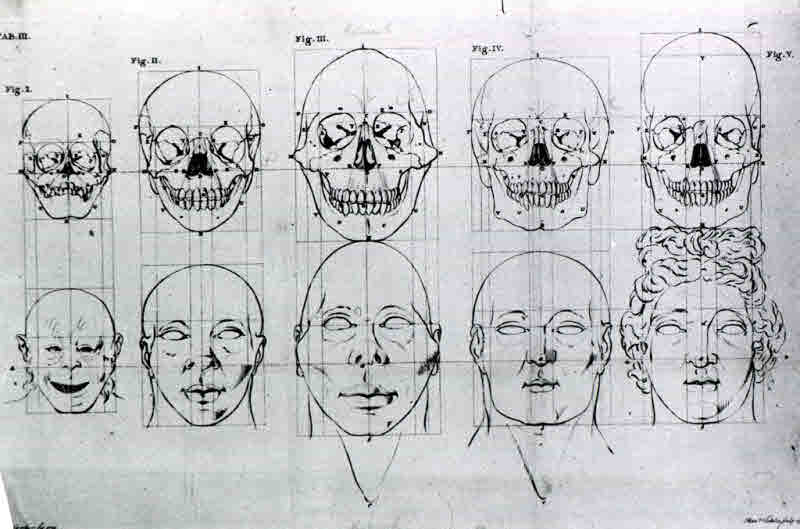 Part 1 In the beginning Big Bang or Creation?

We are regularly bombarded with the ‘facts’ of Evolution. How …
Read More