Part 4 Communion, the Last Supper and the symbolic food of the Sedar Meal:

Table Of Contents for: [4] The symbolic food at the Seder Passover Meal

This is the 4th article, they are best read in order – the first one is here: [1] What is Communion, is it the Passover Meal?

A sprig of parsley

Dipping parsley into the salt water:

After taking a sip from the first cup of wine, everyone picks up the parsley and dips it in to salt water and then tastes a bit.
Agh! That’s not nice!
This represents the Jew’s tears of slavery when they were in Egypt.

Then everyone takes some Matzah and dips it into the horseradish which represents the bitterness of the situation.

It is interesting to think of Judas at the Passover Meal and the moment when Jesus said:

The one who has dipped his hand into the bowl with me will betray me.”

Oh the bitterness of the moment! Jesus being betrayed.

Another bowl with apples, cinnamon and honey:

This speaks of the promise of sweeter things to come.

The Matzah is dipped into this dish and it is nice and sweet after the last two dishes.

In the modern Seder meal there is a hard boiled egg which is put into the flame of the candle and it is a symbol of mourning for the destruction of the temple in Jerusalem in 70AD.

Even to this day, there is no temple, no altar and no sacrifice.
The Jews tend to have chicken instead of lamb, and they just have a lambs bone on their table to symbolise the sacrifice of the Pascal (Passover) Lamb.

God wanted the old scheme of things to finish and for there to be a new Covenant.

By calling this covenant “new”, he has made the first one obsolete; and what is obsolete and ageing will soon disappear.”

The Pascal lamb – the Passover lamb:

At the centre of Passover is a sacrificed lamb.
In every house in Egypt in Moses time, there was death.

For the Egyptians, every first born male died – including the cattle:

For the Jews there was also a death in each house – not them, but a lamb.
They had to sacrifice a lamb and smear it’s blood on the door posts and lintel.
That is how the Jews were spared.

And now, we are spared because of the Pascal Lamb:

John the Baptist said, “Look, the Lamb of God, who takes away the sin of the world!”

That is the only way we can get our sins removed – through Jesus Christ, the Lamb of God.
The spiritual reality of the Passover Meal is that the lamb is the Lamb of God, the Son of God.
Abraham prophetically answered Isaac by saying:

God himself will provide the lamb for the burnt offering, my son.”

It could even be translated as:

God will provide himself…”

The Matzah unleavened bread was often made with stripes and holes in it.
Wasn’t Jesus scourged with furrows and stripes and wasn’t he pierced by the nails, thorns and spear?

Surely he took up our infirmities and carried our sorrows,
yet we considered him stricken by God, smitten by him, and afflicted.
But he was pierced for our transgressions, he was crushed for our iniquities;
the punishment that brought us peace was upon him, and by his wounds we are healed.”

The apostle Paul connects Jesus’ crucifixion with the Passover sacrifice:

Our Paschal lamb, Christ has been sacrificed.”

See the other articles in this series: [1] What is Communion, is it the Passover Meal?

[2] Communion meaning and The Passover Meal a picture of freedom.

[3] The symbolism of the Passover Seder Meal – the Kittel coat, the head woman, a crown and the cup of sanctification. 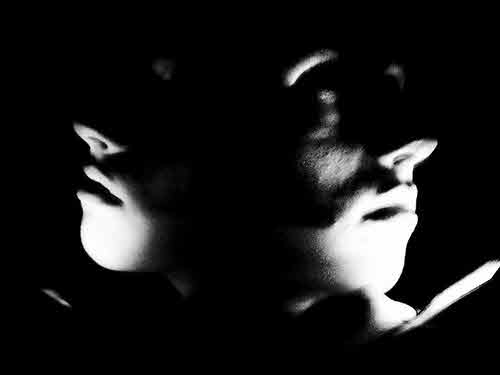 [3] Satan knows the importance of unity

Let’s explore the topic of unity: Why does Satan raise the …
Read More 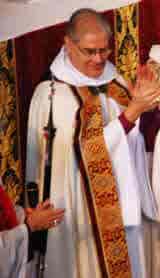 Is it time the clergy had a ‘uniform’ revamp – the Scouts did and it worked!