Part 3 Communion and the Last Supper:

There is a lovely symbolism of the Passover Meal – the Seder Meal.

The Head of the house puts on a Kittel which resembles a Lab Coat, but has no pockets or buttons.

The origin of the Kittel comes from the priests clothes.
But NOT the High Priest’s elaborate garments.

When he entered the Holy of Holies on the Day of Atonement, he wore simple linen garments.

The Kittel is a simple linen garment.

The reason is that it is simple and it means that there is equality for all in death.
They are buried with nothing else – no worldly things and therefore the Kittel has no pockets.
Are we hoping to take anything with us when we die?

I wonder whether Jesus put on a Kittel at this Passover Meal to symbolise his burial?

Traditionally the bridegroom wears a Kittel on his wedding day.

Guess what, Jesus is THE bridegroom!

For the wedding of the Lamb has come, and his bride has made herself ready. Fine linen, bright and clean, was given her to wear. (Fine linen stands for the righteous acts of the saints.)” [1]

Are we in love with Jesus?

At the Seder Meal some Jewish groups wear a crown:

The head of the house doesn’t put on a Jewish skullcap – the Kippah, which is a sign of respect.
He puts on a crown! Not a pointed, flashy crown, but flat topped with a low side.
He’s a humble king.

It is an interesting thought that the Head of the Church could have put on a crown for the opening ceremony of bringing in the new Covenant!

At the Seder meal, the woman of the house then says a prayer and lights two candles.
The symbolism is that through a woman the Messiah would come and that he would be the light of the world.

The prayer can be something like: “Blessed are you O Lord our God, King of the Universe, who has set us apart with your commandments and has commanded us to kindle these festive lights”.

The first cup of wine – the cup of sanctification. 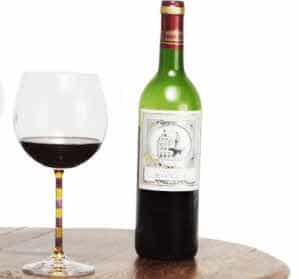 This cup is all about being a chosen people, yes the Jews, but now all people who believe in Jesus.

The Head of the house picks up the cup of wine, the cup of sanctification and says a prayer:

“Blessed are you O Lord our God, King of the Universe, who has sanctified us among all peoples and has brought us forth from Egypt.”

Remember that Egypt represents being ensnared by the world and sin, but Jesus desires to have a people who are his:

you are a chosen people, a royal priesthood, a holy nation, a people belonging to God, that you may declare the praises of him who called you out of darkness into his wonderful light. Once you were not a people, but now you are the people of God; once you had not received mercy, but now you have received mercy.” [2]

Everyone takes a sip from the cup of sanctification.
Then the Head of the house starts with Jacob and tells the story of the Jews and leads up to the time when they became slaves in Egypt.

[1] What is Communion, is it the Passover Meal?