Not Many Wise > Church stuff > [1] What is Communion, is it the Passover Meal?

[1] What is Communion, is it the Passover Meal?

Table of contents for [1] What is Communion, is it the Passover Meal?

a) What is Communion and how did Jesus introduce the concept of the Communion?

So what is Communion, well in John’s gospel the setting was an “evening meal” [1]

In the gospels of Matthew, Mark and Luke it was at a Passover meal with his followers:

I have eagerly desired to eat this Passover with you before I suffer.”
Luke 22:15 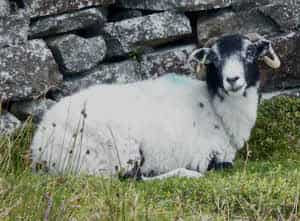 Presumably, because Jesus as a man, lived His life in obedience to the Law, He and his disciples would have visited the Temple that afternoon to slaughter their Passover sacrifice.

Then later that evening, they would have consumed it with unleavened bread and bitter herbs, as required by the Book of Exodus.

That may be difficult for us to accept that Jesus was following the Law of Moses (the Old Covenant), even at the point he was going to establish a new Covenant.
But think back to when Jesus wanted John to baptise Him and John didn’t want to do that because the people were confessing their sins and were being baptised [2], so why should Jesus get baptised? Well, Jesus said:

Let it be so now; it is proper for us to do this to fulfil all righteousness.”
Then John consented.
Matthew 3:15

Jesus knew that He was going to finish the meal in a different way, but He did want to eat the old Passover meal with his disciples.
In initiating the Passover Meal, God wanted certain things in this meal to point to the Jews leaving Egypt, but also, and more importantly, to point directly to Jesus.
And this helps us in answering our question: What is Communion.

The Passover Meal is full of symbolism (of Jesus and the Communion meal), which we will look at shortly.

b) The history of the Passover meal and the Jewish Seder Meal:

Passover was started 3200 years ago, when the Israelite’s left their slavery in Egypt.
From then until 70AD (about 40 years after Jesus was crucified), the Passover meal was informal:

After the destruction of the temple in 70AD the Jews were unable to sacrifice the Pascal lambs.
The Passover meal became more formalised and it became the Passover Seder Meal.
There is an order to the Seder meal and ‘Seder’ actually means “order”.
On the table they had a lambs bone instead of the Pascal lamb.

c) How did Jesus’ disciples prepare for the Passover Meal?

Jesus sent Peter and John, saying, “Go and make preparations for us to eat the Passover.”
Luke 22:8

Remember this is initiating the Communion meal.
We may think preparing for this meal is setting up a table and chairs and preparing a meal, but it involved something much more important than that.

It was mainly about getting rid of all the yeast.
It was a deep clean – like in hospitals to remove all the germs.
There mustn’t be a single crumb lying around.
A crumb of bread would contain yeast and yeast makes the bread rise.
It is a symbol of sin, it puffs up.

Jesus at this Passover Meal, this communion, held up the unleavened bread and said:

He was saying in effect that he had no yeast, no sin.
He is sinless, pure, he had not failed in one thought, action, or word, because he is the spotless Pascal Lamb (the Passover Lamb).

To continue looking at our question what is Communion see these next articles:
[2] Communion meaning and The Passover Meal

Not Many Wise > Church stuff > [1] What is Communion, is it the Passover Meal?